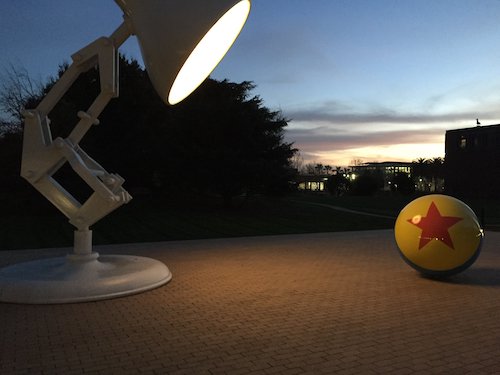 “There’s no upside in being wrong.” – Ed Catmull

“I need to sit down.” We were standing in a crowded reception hall and the keynote speaker and I were talking. He had a pained look on his face. The waitstaff was bustling around offering hors d’oeuvres to the conference attendees that had gathered after a “Ralph Breaks VR” demonstration at The Void at Downtown Disney. I spotted a collection of chairs in the corner and motioned toward them, “Let’s grab a seat there.”

“That’s better!” It was a star-struck moment for me. I was now sitting next to one of my heroes and in an hour or so we would be going to dinner together. I first heard about Ed Catmull in college. I had admired his research in computer graphics including his pioneering work in texture mapping. Sitting there, it occurred to me that the incredible VR demonstration we just saw wouldn’t have been possible without his revolutionary work. Ed smiled, clearly relieved to be sitting down and then continued our conversation. We talked about the technology, cloud computing, PIXAR, Walt Disney Animation Studios, Steve Jobs, John Lasseter, mindfulness and of course, Ed’s book, Creativity, Inc.

“I hated it!” Ed’s shook his head in response to my question about his experience writing the book. It was a lot of hard work. He explained how he had enlisted 40+ reviewers to critique the manuscript and was always wanting more. Despite his elaborate efforts to get that candid feedback, he was convinced that it was still far from perfect. After publication, he said he received abundant feedback from the brilliant folks at PIXAR on all the areas he got wrong. He was motivated and even encouraged by Bob Iger, to make a second edition. I do hope that happens. The thing that impressed me the most about Ed was his insatiable desire to get things right and to enlist the help of others to do so. When I asked why he went to such measures to get that feedback, he told me, “There’s no upside in being wrong.”

If you ever read Ed’s book, and you should, you know how much emphasis is placed on getting authentic and candid feedback. That approach has shaped the storytelling and creative content powerhouses at PIXAR, Walt Disney Animation Studios and ILM. I told Ed about my first visit to PIXAR and how it left such a huge impression on me. It wasn’t just the great campus, the comfortable open area buildings or the iconic artwork decorating the place. No, the biggest thing to me was the culture of candor. There was no power structure in the rooms. Ego was taken out. There was this incredible respect and expectation for everyone in the room to give and take honest notes. It was transformative and something I have forever sought to encourage and replicate in my own teams. Ed’s comment? “Yes, but I know we still have work to do.”

Ed is right. I have seen organizations achieve good success only to see it calcify processes or limit the ability to receive corrective feedback. As my conversation with Ed underscored, it is critical to continually seek honest feedback, remove power structures from the room and drive changes accordingly. I’m proud to say that I personally continue to see this honest feedback. At least once a week, someone on my team will raise an issue to me where we—and yes sometimes just me—are not doing the right thing, not communicating well, missing an opportunity, or doing something we shouldn’t. These are pure gold. I won’t pretend they don’t sometimes sting or hurt, but I can’t think of a single time where they didn’t result in some improvement that made us all better.

I recognize that I’m over indexed on optimism, but I also believe that at any given point, something is going wrong. How do we discover that and encourage others to do the same? Getting a true and honest signal when things are going wrong is critical for our organizations if we hope to see them stay relevant, successful and thriving. Look for problems. Reward and embrace honest feedback so that you can change. As Ed would say, “There’s no upside in being wrong.” Strive for being right!