I wanted a music workstation synthesizer and my wife wanted a real acoustic piano that looks like beautiful furniture.  We compromised by getting the Yamaha Clavinova CLP-440.  It looks, sounds and feels like a real piano with enough tech (MIDI, USB, voices) to make a armchair techy musician like me happy.  The PDF documentation covers most of the details you will need to start using the nice features, but there are a few things lacking so I’ll record some of my discoveries in this post.

The piano has a USB port that will easily accommodate a thumb drive or external hard drive.  It stores and reads MIDI and WAV files.

I wanted to be able to use my iPad to link to the piano for added voices and sequencing.  There are several MIDI options available for the iPad, but since the CLP-440 has a USB host port, I was able to use an iPad camera kit (essentially an adapter to allow the iPad to view pictures from a SD card or USB camera).   The Apple version and third party version should work fine.  Using that, I found that several apps could see and control the CLP-440.

Searching the Apple iTunes store for app to work with the Clavinova wasn’t easy.  I’ll record a few good apps that I found.

GarageBand
http://itunes.apple.com/us/app/garageband/id408709785?mt=8 – This $5 app from Apple is amazing on its own but it works great with MIDI from the Clavinova.

Midi Monitor
http://iosmidi.com/apps/midi-monitor/ – This app shows the iPad connecting to the Clavinova and the events coming from the keyboard (as well as driving action back to the keyboard through the iPad interface).  Useful for troubleshooting.

Alchemy mobile Synth App
http://www.camelaudio.com/AlchemyMobile.php – This great app from CamelAudio adds a great selection of synth voices to be controlled by the Clavinova.  As their site says, “Turn your iPhone/iPad into a powerful synthesizer! Alchemy Mobile includes everything from evolving soundscapes and fat basses to lush pads and pulsing arpeggios, and is available for free from the iTunes App store.”

I wanted to put together a simple two LED flasher circuit that would use the fewest parts and low power.  My first project of this type used the NE555 timer IC but besides the chip, it requires more power than what I would like to use.   Using a couple low-power NPN transistors, the circuit should be able to run for hours on a 9v battery.

I decided to use two 2N3904 transistors (a low power NPN transistor).  This design uses only 10 components but I added additional resistor to inline with the power source.  It could be removed and the other resistors adjusted to lower the power. 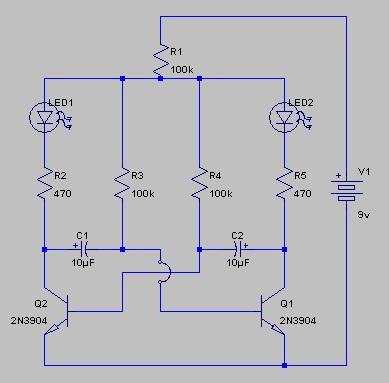 I used a free copy of LTSpice from Linear Technology to create the circuit (most SPICE packages do not have LED components for some reason) – you can download it here:  http://www.linear.com/designtools/software/ltspice.jsp

Which LED will light first?

I assembled the circuit using a low cost breadboard I picked up at Fry’s Electronics.   Using a breadboard allowed me to play around with different components, especially the capacitors and resistors to tweak the flash rate and brightness. 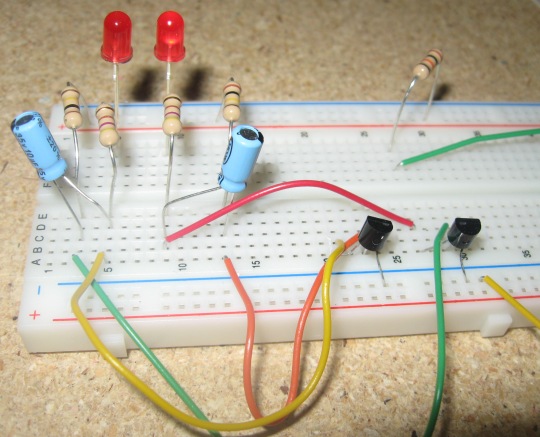 The simplest single LED Flasher circuit I have found uses a single transistor (NPN), 2 resistors and 1 capacitor.  This circuit uses the transistor as a Negistor using the NDR (negative differential resistance) effect.  The transitor will block current until the voltage threshold charging on C1 reach something close to 9v, at which point the voltage will become large enough to get the emitter-base junction to avelanche and drain the current through the LED. 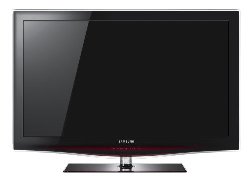 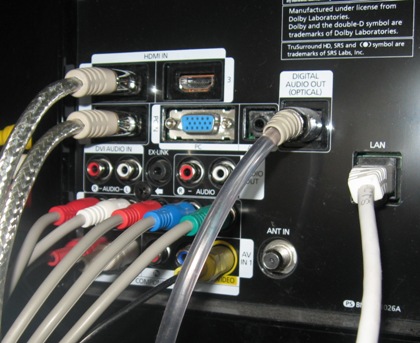 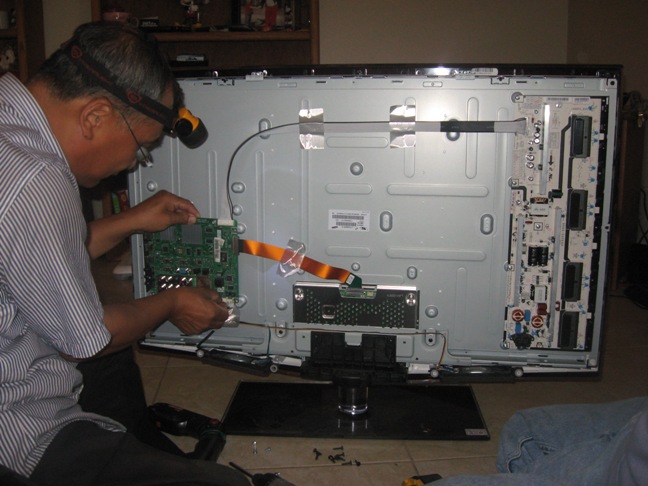