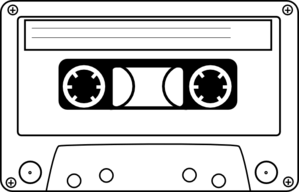 “We knew it could become big but could have never imagined it would be a revolution.” – Lou Ottens

Magnetic tape was genius!  A ferric oxide placed on a thin plastic film allowed the world to record, store and playback audio.  It revolutionized broadcasting, radio and especially, music.  In 1960, the portability of that music was still captured in a clumsy 7-inch reel.  It wasn’t easy to play. You needed a hefty machine the size of a small suitcase.  Lou wasn’t happy with that.

Lou loved technology.  He was ever the engineer and loved solving problems.  As a teenager during World War II, Lou made a radio for his family so they could listen to programs like Radio Oranje.  To avoid the Nazi jammers, he even constructed a primitive directional antenna.  Just as he had made those freedom broadcasts accessible to his family, he now turned his attention to democratizing music.

The 7-inch music reel was too bulky and awkward for the general population.  He wanted music to be portable and accessible.  He thought a lot about what it should be like.  Trying to envision something that didn’t yet exist, he began shaping it into a small wooden block.  It needed to be small enough to easily fit in your hand and more importantly, fit in your pocket.  His “compact cassette” tape came to life in 1963 and quickly became a must-have sensation across the world.  It unleashed a multi-billion dollar industry but also taught us how to use our own voice.  The cassette became an audio canvas for the masses to self-create their own albums or compile their own mixtapes to share with others.  For those of you who don’t have as many candles on your cake as I do, mixtapes were basically the playlists of the 1980s.

The cassette tape was a raging success, but Lou wasn’t happy with it.  He complained about the noise and distortion that would eventually plague the aging tapes. In his mission for higher fidelity, he worked with his company, Philips and Sony to co-develop the digital optical storage system, the compact disk (CD).  As he had done with the cassette tape, Lou championed a portable disk size that could be easily held and used.

Lou Ottens passed away earlier this month, at the age of 94.  He sparked a worldwide sonic revolution, but humbly dismissed his role as nothing special, instead crediting other engineers and designers for bringing his ideas to life.  Lou reminds us that making science and technology accessible is just as important as the discovery itself.

Do we make our complex technical inventions and solutions accessible?  When technology is done well, the technology itself fades to the background and becomes “indistinguishable from magic”.  That is to say, it provides a human experience and value and doesn’t get in the way.  My challenge to us this week is to examine the solutions we deliver and ask ourselves, can we make them more accessible and magical?

As Lou taught us, the genius of a great idea is not just in the science, it is making that technology portable and accessible. I wanted a music workstation synthesizer and my wife wanted a real acoustic piano that looks like beautiful furniture.  We compromised by getting the Yamaha Clavinova CLP-440.  It looks, sounds and feels like a real piano with enough tech (MIDI, USB, voices) to make a armchair techy musician like me happy.  The PDF documentation covers most of the details you will need to start using the nice features, but there are a few things lacking so I’ll record some of my discoveries in this post.

The piano has a USB port that will easily accommodate a thumb drive or external hard drive.  It stores and reads MIDI and WAV files.

I wanted to be able to use my iPad to link to the piano for added voices and sequencing.  There are several MIDI options available for the iPad, but since the CLP-440 has a USB host port, I was able to use an iPad camera kit (essentially an adapter to allow the iPad to view pictures from a SD card or USB camera).   The Apple version and third party version should work fine.  Using that, I found that several apps could see and control the CLP-440.

Searching the Apple iTunes store for app to work with the Clavinova wasn’t easy.  I’ll record a few good apps that I found.

GarageBand
http://itunes.apple.com/us/app/garageband/id408709785?mt=8 – This $5 app from Apple is amazing on its own but it works great with MIDI from the Clavinova.

Midi Monitor
http://iosmidi.com/apps/midi-monitor/ – This app shows the iPad connecting to the Clavinova and the events coming from the keyboard (as well as driving action back to the keyboard through the iPad interface).  Useful for troubleshooting.

Alchemy mobile Synth App
http://www.camelaudio.com/AlchemyMobile.php – This great app from CamelAudio adds a great selection of synth voices to be controlled by the Clavinova.  As their site says, “Turn your iPhone/iPad into a powerful synthesizer! Alchemy Mobile includes everything from evolving soundscapes and fat basses to lush pads and pulsing arpeggios, and is available for free from the iTunes App store.”

I have been looking for good tools to create and edit soundtracks for my projects.  Thanks to a friend, I have a MIDI keyboard and a Roland D110 synth module.  It has that great synth sound!  I haven’t found a good MIDI editor/sequencer yet, but there are a few multi-track recording programs that are worth noting.

A friend pointed me to a great tool called SynthEdit that allows you to create your own synthesized sounds.  It takes MIDI input.  I highly recommend but be warned, you will spend too much time with this! 🙂    A good online resource by the author of several great YouTube tutorials on SynthEdit is here: http://www.xoxos.net/  Later we found a similar tool, but with a much better interface and features: SynthMaker.

Here is a good book, “How To Make A Noise – A comprehensive guide to synthesizer programming” located here: http://www.noisesculpture.com/index.html

For Mac user: go with GarageBand

KVRaudio.com keeps a data base and reviews of all the apps.

The KORE player from Native Instruments is a free MIDI software based synthesizer.  It comes with several synthesized and sampled instruments.  You can purchase additional sounds through their website.  These sounds are simply amazing.

There is a great article on Beginner Guitar HQ that will help you find the best Digital Audio Workstation (DAW) software – check it out here.