We had assembled to put together the outline for a guidance paper. At the top was the title, “Modern Governance.” I thought to myself that the title alone would cure insomnia. Despite the title, members of the team had developed brilliant new automation and approaches. They were already deploying those game changing ideas at their businesses. We wanted to share those! Unfortunately, the gold was buried in the boredom. It was too academic and dry. Nobody would make it past the title, much less the layers of governance tedium in the outline. Energy in the room which had been off the chart during the discovery discussions suddenly fell flat as we all realized that our guidance document would have little impact on the real world.

“Hey, I have an idea! Why don’t we just tell a story?” I suggested, “Imagine a Phoenix Project moment where a crisis hits and a band of characters have to solve it.” Enthusiasm erupted as the group piled on with ideas on how the story could unfold to show and teach the thoughts we had captured in the dry outline. Suddenly, characters emerged. Susan, the CEO was getting an urgent phone call about an existential crisis hitting her company. Bill, Jada, Michelle, Jason and the rest of the cast of character sprung to life in a brief narrative. We put the story to paper and changed the name to Investments Unlimited, inspired by the fictitious company in the Phoenix Project. We had done it! A short story was assembled and we presented it to the rest of the DevOps Forum who applauded the work. Mission accomplished. Or so it seemed…

A few months later we were invited to a meeting. “Gene Kim and the staff at IT Revolution reviewed your paper and we have a proposal.” Leah, the editor for IT Rev and the Forum papers explained to us, “We think the paper is great, but we think it could be greater. We would like to turn it into a novel.” She paused and surveyed the group. John Willis, the leader of the forum group and fellow co-author, suggested, “I think we should do this! It would take some work, but we should write it ourselves and add some of the details that we couldn’t develop before. What do you think, are you up for it?” We were all stunned and delighted. One by one, we all chimed in that we would love to take on the challenge. Shortly after that call we started meeting every Tuesday evening to work on the book.  We invited industry experts to interview and fill in the gaps of our understanding. Weekends became a writing club where some of us would meet to knock out a scene, develop a character or wordsmith a moment. Slowly the short paper became chapters, and the chapters became a novel.

I confess, I was enamored just to be part of this great group of co-authors. This cast was made up of an incredible family of industry thought leaders, technical gurus and fellow DevOps rebels: Helen Beal, Bill Bensing, Michael Edenzon, Tapabrata “Topo” Pal, Caleb Queern, John Rzeszotarski, Andres Vega and of course, John Willis. Our meetings would sometimes pivot into philosophical discussions, technology news or current DevSecOps challenges. Despite the frequent distractions and detours, we managed to nudge the narrative forward, week by week.

Writing a book is hard. You are turning ambiguous ideas into letters on a page. The key was to just keep writing, keep the prose flowing. There were times where you wouldn’t feel inspired or enthusiastic about the words pouring out of your fingers, but you would keep typing. I was surprised and amazed at how well that worked. More than once, I discovered that inspiration followed effort. The act of doing created a warming glow. Suddenly the arduous task unlocked a love, a passion and an inspiration that wasn’t there before. That approach developed new twists in the story, new ideas to explore or challenges to solve. But getting those words on the paper were important. We would spend months editing and tweaking the story, but without that original content there would be nothing to work with. Eventually we would have a finished product and as of two weeks ago, a published book. It was an experience that I will forever cherish and recommend to anyone who gets the opportunity to do the same.

Just keep writing. Going through this journey has reminded me of the importance of “doing,” self-motivation and determination. I think we can all get stuck in limbo, waiting around for that magical moment of inspiration. The truth is that in life, that inspiration is often the result of the wind of our own movements. Just keep going! Inspiration will come. Words will become chapters and chapters will become stories. What are you penning today? What adventures are you crafting by your doing? Get up, get moving… keep writing. 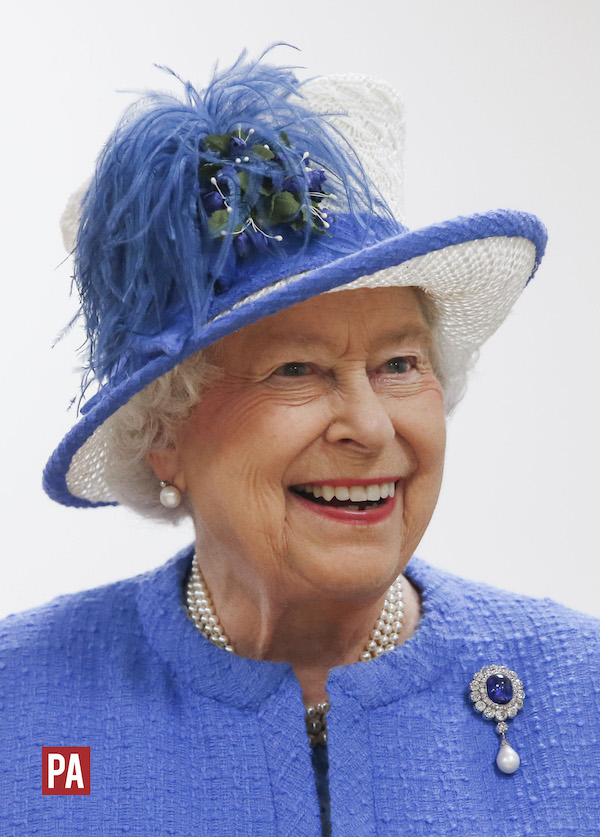 “I have observed that some attributes of leadership are universal and are often about finding ways of encouraging people to combine their efforts, their talents, their insights, their enthusiasm and their inspiration to work together.” – Queen Elizabeth II

“On the underground, at the pub or picking up food, whatever queue you are in, people are always talking about the same thing: the time that they, or a mate, met the queen.” Discussions about Queen Elizabeth II are happening everywhere, not just in the U.K. but around the globe. And rightly so. Nine out of ten people alive on our planet today were born after Queen Elizabeth II took her reign. Most of us grew up knowing this monarch. She was a respected leader, known to be proper, thoughtful, positive, pragmatic, logical and dedicated. Her public addresses and Christmas broadcasts were especially poetic and inspirational. She seemed to embrace her role as a celebrated leader who was adopted by many of us as a “global grandmother”, firm, gracious, and at times, admonishing. With her passing, a shockwave of mourning has propagated throughout the world as the sad news is learned. She is gone, but the impact of her legacy lives on.

Unlike Queen Elizabeth II, we are not all called to a life of globally visible leadership from a throne. But we are all call to be an example and rule the domain of our own character. You may not know it, but people are watching. Friends, family and fellow travelers examine how we behave, mirror what we value and observe and model how we treat others. What will be your legacy? What message are you sending for others to follow?

Like Queen Elizabeth II, we have an opportunity to encourage and inspire others by the life we live and the virtues we demonstrate. Are we leaving a lasting positive impression on this planet and our fellow humans? I suspect we can do better. I know I can. Now is a great time for us to ponder our own impact and make a change. How can you make the world better by the way you live? What would you change?

“It’s worth remembering that it is often the small steps, not the giant leaps, that bring about the most lasting change.” – Queen Elizabeth II