“Gratitude doesn’t change the scenery. It merely washes clean the glass you look through so you can clearly see the colors.” – Richelle E. Goodrich.

As we roll into this Thanksgiving Holiday, I pause to reflect back on this unprecedented year.  It has been a tough year for all of us.  With the headwinds we have seen due to the pandemic, the challenging consequences, and the toll on our families, friends and businesses, it may be difficult to spot those golden nuggets of thanksgiving in what seems to be a 2020 mine of despair. Nevertheless, there is still reason to be thankful!  Look for that glimmer and you will find it:  Those sacrifices of others to help. Those kind words and gestures to those struggling. Heroes emerging. Incremental wins. Awakenings. Project completions, team accomplishments, and personal achievements unlocked.  Those are all blessings to be celebrated. 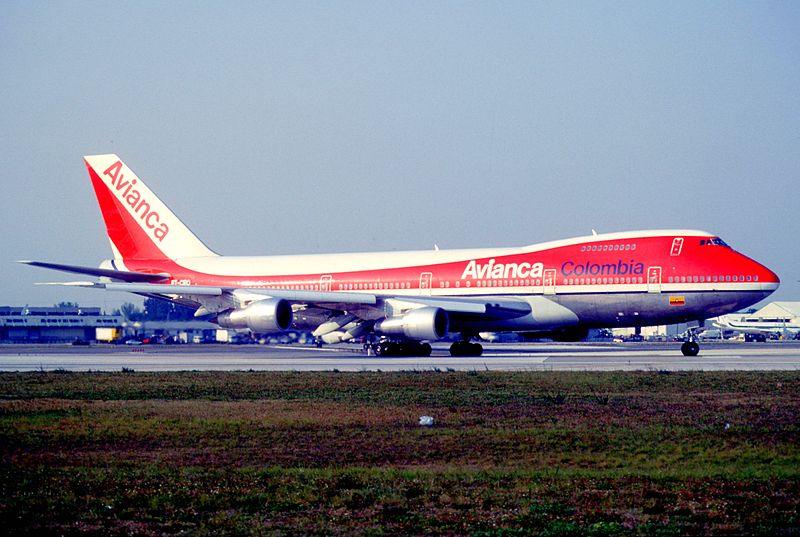 “The greatest enemy of knowledge is not ignorance, it is the illusion of knowledge.” – Daniel J. Boorstin

Avianca Flight 011 took off from Paris on its way to Spain’s Madrid-Barajas International Airport.  It was a routine flight.  Upon reaching the Madrid airspace, the pilot asked and received landing clearance.  The pilot then unwittingly made a wrong turn on his approach vector.  As the aircraft dropped to 2248 feet, the ground-proximity warning systems started sounding.  “Terrain! Pull up!” filled the flight deck.  The pilot was sure they were on the right path and the altitude was appropriate for the descent to runway 33, so he ignored the warning system.  After all, the airport approach controller would surely inform them if they were on the wrong path.  Moments later, the outer starboard engine impacted the top of a hill at 163 mph causing the right wing to dig deep into the ground, pitching the plane into a “cartwheel”.  The entire airframe spun violently and disintegrated.  All 19 crew members and 162 of the 173 passengers perished. In addition to the negligence of the pilot to heed the warning systems, investigators showed that the airport failed to inform the crew that their radar service had been terminated and they were unable to monitor their craft.

This is a tragic story of the illusion of knowledge.  So strong was their illusion of what they thought was true that the flight crew dismissed the ground-proximity warning system that could have saved their lives.  We often see things like this and blame the pilot for irresponsibly ignoring the clear warning signal.  But how often are we guilty of the same thing?  There is a tendency for us all to elevate our own mental models to the point of silencing anything that contradicts.  Challenging our perceptions or established views is difficult and painful.  We like to form simple models for the world, our work and our systems to make our lives easier. With a model, you don’t need to think, you just act.  Like muscle memory, we fall into the lowest cognitive energy state.  That can be extremely helpful in allowing us to process vast amount of information every single day, but unfortunately, those models can be wrong.  And sometimes, those differences make all the difference in the world.

Last year, when we were able to travel, my family and I spent several days in London.  We traveled around the city using the Underground railway.  As you bounce between Waterloo, Jubilee and Bakerloo among the various cavernous stations, you often hear the public announcement system remind you to be observant and diligent about reporting anything unusual, “See it.  Say it.  Sorted.”   It is to raise awareness of the vital role we all play in keeping ourselves and others safe.  That isn’t just appropriate for riders of the London Tube, it applies to all of us, including our jobs.

Seek the truth and strive to see problems clearly.  As engineers and scientists, we should always be in pursuit of evidence and truth.  When data presents itself, like an early warning system, don’t dismiss it, report it.  Investigate it.  Adapt to it. Be a warning signal to others.  Make it safe for others to approach you with truth.  Do you feel safe calling out problems or issues to your leaders and others?  Are you hesitant to report or responds to indicators that something may be wrong?  Don’t!  Truth is gold. Leaders need that insight.  Seeing clearly and embracing data, even if it is inconvenient or breaks our illusion, will help us all become better.  I challenge you this week, look for truth, honor the truth and speak the truth. 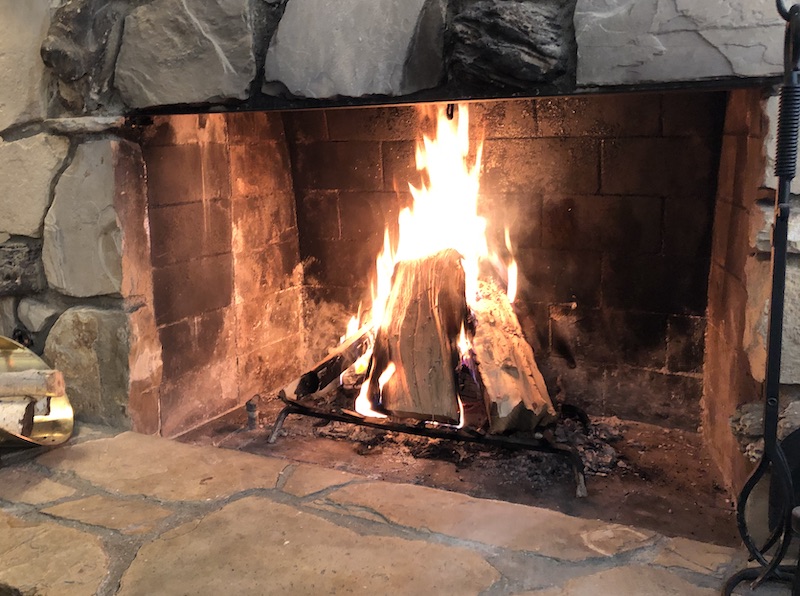 A time to reap…

“It’s cold outside!” I received that text at 4am this morning when one of my IoT devices detected temperatures in our backyard dropping into the frost zone.  It seemed like a great idea when I built the device, but at 4am, it wasn’t so hilarious.  We did manage to harvest the last tomatoes and peppers from our garden before the cold hit.  Despite the cold, we did enjoy the weather here in Santa Clarita this weekend.  Sunny rain showers with gusty winds visited our neighborhood. The fires are out and the air is clear. We even had a few doses of hail cover our yard like a sparkling winter wonderland.  And just like that, the leaves on the trees in our neighborhood began to change.

A time to laugh…

I know it is only November, but with the nice weather and all that is going on, Saturday felt like Christmas.  I hung the lights and lit a fire in the fireplace.  There was even a rainbow or two that streaked across the sky as if to welcome the new season and bid farewell to a long and emotionally draining week.  Regardless of where you are along the US political spectrum, there was news made and records broken.  Related to that, I fully appreciate the emotion, the exhilaration and the disappointment that some may be feeling right now.  We should recognize that and be kind to one another.

A time to dance…

In other news, Pfizer and Biotech are reporting positive results from their COVID-19 vaccine trials.  That’s encouraging news!  Most of us have family or friends personally impacted by the virus.  We still have a long road back to pre-pandemic “normal” but any progress is cause for celebration.  Speaking of celebrating, I often talk about the need to recognize our accomplishments and wins as a team.  I love seeing the updates and one-off notes that my team sends me so I can celebrate with them.  If you are not doing that, you should!  Reflecting back on this year, it is amazing to see how much we have accomplished despite the challenges the pandemic threw our way.  I am incredibly grateful for my team and the hard work we continue to do to help each other and our company weather this difficult time.

A time to heal…

Even with the good news, we are still facing challenging times.  This is a good time to remember to breathe (and not just because your Apple Watch tells you to).  Take a moment today and let your mind and body heal.  Let go of the tensions that the pandemic, remote work and life pressures bring your way.  Breathe.  Rest.  Renew.  A new season is here… drink it all in and enjoy! 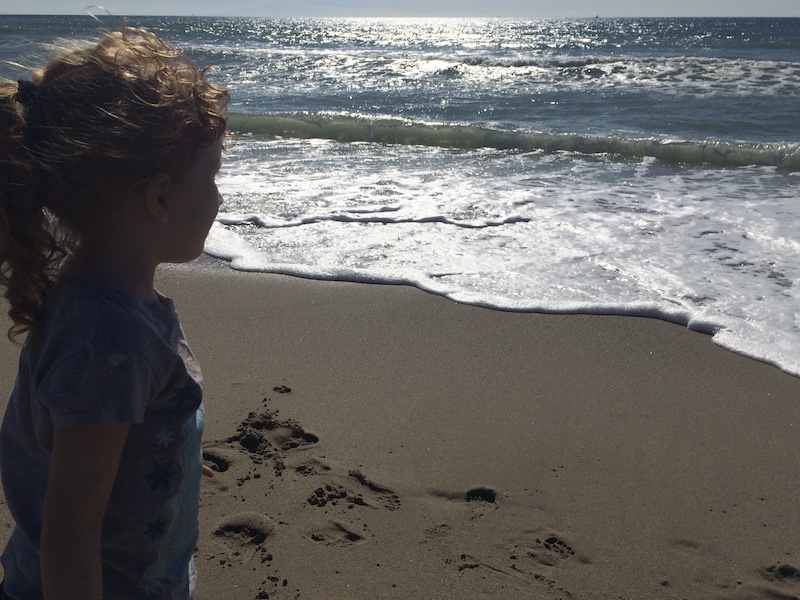 “One person can make a difference, and everyone should try.”

A man was walking along a deserted beach at sunset and saw a young girl in the distance.  The girl kept bending down, picking something up and throwing it into the water. Over and over she kept casting things into the ocean. As he approached, he was able to see that she was picking up starfish that had washed up on the beach.  One at a time, she threw them back into the water. The man asked what she was doing.  She replied, I’m throwing these starfish back into the ocean, or they will die.” The man laughed, “There are thousands on this beach, and many other beaches like this.  You can’t possibly make a difference.  You can’t possibly save them all.”  She smiled, bent down and picked up another starfish and replied as she threw it back into the surf, “I made a difference to that one.”

We have a big family.  I have four kids, a relatively higher than average size family.  But that is nothing compared to the 7.5 billion people in our human family across the world.  With such a huge number of kin, is it any surprise that we sometimes feel insignificant?  How can we possibly make a difference in such a huge ocean of humanity?  With coronavirus, we may feel even more distant and helpless.  Is there anything that we can do that can possibly matter?

It turns out that we can indeed make a difference.  We don’t need to shift continents or singularly help millions of people.  By helping just one other person, we make a difference.  It can be as simple as a kind word.  Help someone carry their burden, show some compassion, bring some light.  One on one, a donation of time, care, resources or attention can change a person’s life.  If we all make that effort, it becomes even greater.  Collectively we are a formidable force of 7.5 billion points of light that can illuminate and change the world.

Look for an opportunity to help someone this week.  Be encouraged.  You can make a difference, one person at a time.